How To Make Cauliflower Crust Pizza

Those with Celiac disease and people who follow the Keto diet may still crave pizza, but have to avoid it due to dietary restrictions.  But now that’s no longer necessary. Cauliflower crust pizza is one of the newest ways pizza can be made without gluten or high amounts of carbohydrates.

How To Make Cauliflower Crust Pizza

First, preheat the oven to 375 degrees. White it’s heating, prepare the dough. First, cut the outer leaves of the cauliflower off and cut it into smaller pieces. Grind them up in a food processor, blender, or by hand using a cheese grater. Do this until the cauliflower looks like rice. Then, add the mixture to parchment paper on a baking sheet and bake for 15 minutes.

Once the 15 minutes are up, let it cool and squeeze out all the water using a cloth or a coffee filter. This will take several tries but it’s a necessary step. Increase oven temperature to 450 degrees and add the mixture to a bowl. Combine with mozzarella cheese and the egg, and add spices to taste. Line the baking sheet with new parchment paper and spray it with cooking spray. Flatten the dough until it looks like a pizza base. Bake for 20 minutes with no toppings. Once it’s done, add the sauce, cheese and toppings and bake until the cheese is golden brown.

If you don’t have the time or necessary baking skills to make cauliflower crust at home, there are other options. Cauliflower pizzas can even be bought in stores now. For example Mama Cozzi’s cauliflower crust pizza is sold at Aldi stores all around the world and it’s ready to bake!

Cauliflower crust pizza is a great option for those doing low carb diets or who are gluten sensitive. After all, pizza is one of the world’s most popular foods! Thanks to this pizza crust, you can still follow your diet plans while filling your pizza cravings. 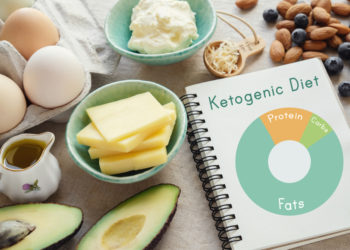 How to draw up a keto meal plan

July 30, 2018
When you seek to lose weight or attain overall healthy lifestyle, you are surely going to do some research on...