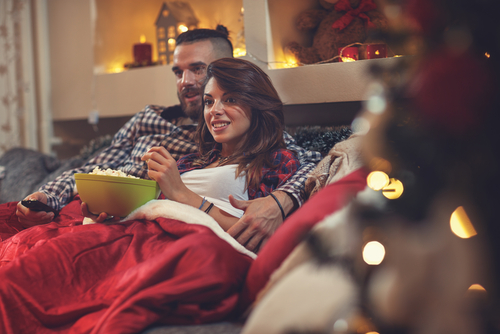 There is nothing better to get everyone into a festive spirit than Christmas movies to inspire love, fun, and togetherness. Christmas is a time when family and friends meet up to spend quality time and create new memories together. Movies do this best. Here is a list of the five best movies that spark festive spirits to watch this Christmas.

1. Love Actually (2003)
Written and directed by Richard Curtis, Love Actually is a Christmas-themed romantic comedy that features an ensemble cast guaranteed to inspire the festive spirit. The film’s screenplay digs into various aspects of love as it follows ten different stories bringing together a cast of ten talented actors.

2. Polar Express (2004)
A boy beginning to doubt the existence of Santa gets a firsthand experience riding the Polar Express train departing from the North Pole on Christmas Eve. In this 3D animated musical fantasy, Daryl Sabara, Jimmy Bennett, Nona Gaye, Eddie Deezen, and Tom Hanks turn a 1985 children’s Christmas story book into a suspense-filled film that will keep the whole family entertained.

3. Home Alone (1990)
You have probably watched Macaulay Culkin’s classic Christmas hit over and over, but it just never gets old. If you have not watched it, it is the story of how an eight year old Kevin McCallister manages to keep burglars out of their Family home on Christmas after he is forgotten behind by his family on a trip to Paris.

4. The Snowman (1982)
This simplistic but magical old movie is a favorite in almost any Christmas movies list. It is an animated movie with stunning imagery that tells the story of a magical world with mesmerizing music created to excite even the dullest children during Christmas.

5. Bad Santa (2003)
Bad Santa is an adult dark comedy film that shows Billy Thornton behaving in a manner not befitting a Father Christmas he is supposed to be. It is a thoroughly entertaining comedy perfect for enjoyment after the kids are all tired and retired on Christmas Eve.

These are a few of the top Christmas movies of all time that you should consider including on your ‘to watch’ list this Christmas.